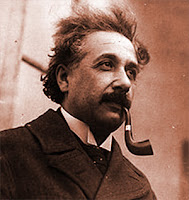 I frequently read Rabbi Nathan Lopes Cardozo's weekly "Thoughts to Ponder." Last week he wrote about Nachshon ben Aminadav, the Biblical figure described in Midrashic sources as jumping into the Sea of Reeds before it was split. Whereas everyone else was hesitant to move forward as directed, waiting for a miracle to occur first, Nachshon led by example, thus demonstrating his courage and faith. That's the idea in a nutshell. Rabbi Cardozo brings the idea to argue that the willingness to lead and take risks is one of the prerequisites for greatness:

"Looking back throughout history, we can see that the greatest accomplishments of mankind were achieved by the Nachshons of every generation."

He goes on to say:

"Judaism, throughout its long history, has always taken risks. In fact, it is built on the foundations of uncertainty: Avraham Avinu’s standing up to the injustices of his world and proclaiming ethical monotheism in defiance of the beliefs of his day..."

Rabbi Cardozo then laments the current religious climate in Orthodox Judaism as failing in this regard:

"Today we no longer encounter religious leaders who act as Nachshon did, prepared to jump into the sea, saving what needs to be saved and creating what needs to be created. Instead, we experience a constant desire to stay with the old and not rock the boat; to look over one’s shoulder fearing possible failure."

Regarding the "greatest accomplishments of mankind," it's clear that Jews have contributed more than our share. But how much of that greatness is attributed to "Judaism" per se? Sure, with Avraham Avinu, Judaism was the great innovation. It was the ideas of Judaism, and in particular monotheism, which our tradition hails as forging a bold new path in the world. Judaism was the radical new idea.

So yes, when we think about the Jewish contribution to the "greatest accomplishments of mankind," we can certainly include Torah ("The Bible") as having had a monumental impact on the world. But thinking about more recent times, and Jewish individuals who've had an impact - people like Marx, Freud, Einstein, the disproportionate number of "Jewish Nobel Prize winners" we love talking about - it's not Judaism itself which is the accomplishment. The accomplishment is entirely secular.

That's not to say there isn't true greatness to be found among the great Torah luminaries over the past 2000+ years - moral greatness, incredible genius. There certainly is. But their greatness and accomplishments are almost exclusively in the domain of "internal Jewish affairs." By and large, they're not people you'd point to in the history books and say, "Wow, what a contribution to humankind!"

One might even argue further - that many of the "greatest accomplishments" of Jews (particularly in the past few centuries) were achieved in part by people's rejection of Judaism, at least the traditional/Orthodox/Halachic version of it. Without the insular Torah world's obligations and expectations (and "head-trip"), many brilliant Jewish minds have been freed up to think on their own, immerse themselves in secular scholarship, and strive with single-minded determination toward the particular area in which they were destined for greatness.

Yet at the same time, even those Jews who leave the religious fold typically carry with them a strong sense of Jewish identity, including knowledge and values, and also the distinct feeling of being "different" - which is reflected back by the rest of the world, who views them very much as "the Jew," not fully part of the club. As painful as that nonacceptance is, it equips these Jews with the valuable perspective of an outsider, allowing them to see things about the world and about society that many others can't see - another factor that helps them to accomplish great things.

So again, even if "Judaism" per se hasn't been among the world's "greatest accomplishments" for quite some time, it - and the whole culture built around it - undoubtedly seems to serve as a kind of launchpad for greatness, a milieu for greatness, an incubator for greatness.

Regarding Rabbi Cardozo's thesis, my critique is this:

Even if the Torah world would produce a new crop of leadership which fulfilled his definition of greatness - people willing to "rock the boat" and meet the needs of the Jewish people in the 21st Century, that's still a matter of "internal affairs." It might be great for the Jewish people, but it's not "greatness" in the sense of leading the world in a positive new direction, adding something to humanity, being a "great accomplishment for mankind." That accomplishment comes from Jews who contribute to the secular sphere, regardless of whether any boat-rocking takes place in the religious sphere.

So yes, we can and should try to foster more internal health as a people, and I appreciate and encourage Rabbi Cardozo in his efforts along these lines. Truly I do. However, if we're thinking purely about "great accomplishment," really all we have to do is let the Jewish "incubator" keep doing its thing, just like it's been doing, despite (or possibly because of?) all our fragmentation throughout history - which includes all our crazy zealots, our establishment curmudgeons, our dauntless rebels, our staunch secularists, and everyone else in between.

(I have more to say about the idea of a future contribution from Judaism per se, but I'll leave that for Part 2.)