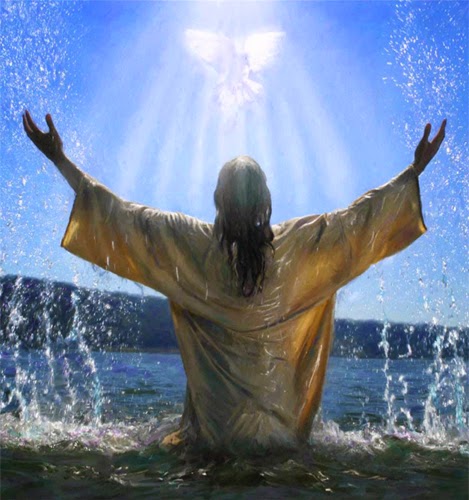 Recently I found myself in the company of a Jewish tour guide describing Christian theology - e.g. why when Mary went up to Heaven in her sleep that's called an "assumption" as opposed to "ascension," how at the crucifixion Jesus' blood flowed down, seeped below the ground and touched the skull of Adam which happened to be buried right below, thus atoning for the Original Sin, and of course the whole business of the virgin birth, etc. When I expressed some incredulity at how Christians could actually believe all that, the guide came back and said, "And how do so many Orthodox Jews believe that the world is 5774 years old?"

Precisely the point! I often find myself incredulous at what Jews believe. Which for me begs the question: Mah nishtana? How is Judaism different?

Well of course it's different - in countless ways. It's different in terms of deed over creed. It's different in that it doesn't believe in the concept of the "God-man." It's different in its whole attitude toward the world. Judaism is about acts, earning one's place. Christianity is about grace, acknowledging oneself as a sinner and coming to God in contrition asking for salvation. And even regarding the idea of miracles, while religious Jews often like it when scientists weigh in, e.g. talking about land bridges and wind patterns explaining how the Sea of Reeds could have split, Christians generally stay away from naturalistic explanations, e.g. parthenogenesis as accounting for the virgin birth, since they see such explanations as taking away from the miracle.

But that's not enough mah nishtana for me. To me, the fact that at the end of the day Jews have to justify what we do and what we believe based on the argument that "my God is right" is a chilul Hashem, something which degrades us as a people, and demeans the Torah. What do I think the mah nishtana should be? That Judaism contains no supernatural dogma whatsoever. That there's not an ounce of pressure on a person to accept miracles or gods - period. Yes, we have a moral imperative in the world. Yes, we have an intellectual heritage, and a cultural package, a whole slew of religious norms which give us a distinct identity, meaning and memory as a people. And these are obviously crucial. But at the same time we can and should have clear and free minds. No cult-like beliefs where if you don't conform your mind to them and say aloud "I believe" you're outa there.

Now you might justifiably say, "But that's not Judaism!" You might say, "You don't want to believe - fine, but don't try to pass off this non-belief as Judaism."

I don't have as much of a "Jesophobia" as many Jews do. I have no doubt that Jesus had many intelligent and helpful things to say. What he said obviously resonated with a lot of people at the time - and of course now. But I do have a problem with Torah being no better than Christianity insofar as requiring a person to sacrifice the mind in any form. To me, the mind is kodesh.

And my feeling about Torah is that ultimately it is capable of embracing a total anti-dogma position. In fact all along Torah has arguably taken a minimal-dogma approach. It has gone through fantastic intellectual contortions to make sense of itself - and even remake itself - over time. The Biblical mentality and practice is like something from a different planet compared to the Judaism we practice today, and compared to our modern outlook.

Yes, the "party line" is that nothing has changed - except for a few "fences" and the fact that we've become much "lower" spiritually, but to me that is just as implausible and cult-like a tenet as other metaphysical claims. So in essence, my answer to the "that's not Judaism" critique is that you could've asked the same question to Chazal and countless others throughout the millenia. Judaism morphs and evolves over time. That's part of what Judaism is.

Point being, we've always adapted our understanding of Torah to be meaningful and have something positive to contribute in the contemporary world. But until very recently, that world has been utterly pervaded with supernatural and superstitious beliefs. It would have been nearly impossible to believe in "no gods and no miracles," let alone come out and say it as a religion.

But we're in a different age now. Torah can and should remake itself once again, and this time go all the way. Zero cult-like pressure to believe. Zero justifying what we do based on supernatural premises. No saying "Judaism" believes in X, Y or Z metaphysical events, or that the Bible should be taken literally - or as a document written by God. No more chilul Hashem by saying things which degrade the kedusha of the mind and the legacy of Torah and Am Yisrael.

And no more giving zealots any opening for their zealotry. If we hold that "God wants us" to dress modestly, make no mistake, this can and does lead to women wearing burqa-like garments - no, not just because they're "crazy" but because they sincerely want to be the most pure "in the eyes of God." If we hold that "God wants us" to keep Shabbos, this leads to people throwing stones at Shabbos desecrators - not because these zealots are crazy but because they truly feel they are doing the right thing - that this is a life-and-death absolute necessity that we stop the "opposition to the will of God" by any means necessary.

In a "God says" reality, the only way you get non-zealotry, what we'd call "normal practice," is due to people adopting a watered-down approach, where most people don't take the religion with such deadly seriousness. And I say thank God for the half-hearted, watered-down, milquetoast approach! We ought to celebrate people's religious mediocrity, laziness and lack of faith and commitment - because it's the only thing keeping us from being a raving fundamentalist mass. Seriously.

My advice: Just pull the plug. Stop the God-talk as a matter of religious policy. Take away the opening for fundamentalism. Why should we have to pray for people's religious idealism to be blunted? We should set up the "ideal" to be something where we'd actually like it if people really took it seriously! Why should we be no different from other religions in basing ourselves on a "my God is right" position? Why should we give any opening to zealotry? Why should we degrade the kedusha of the mind by telling it what it has to believe - or else? Why should we degrade Am Yisrael by sustaining a cult-like belief in any dogma, however minimal? Why should we degrade Torah/Judaism by saying that it believes in things which are patently untrue? Why should we accept anything less than the very best from ourselves and our Torah?

That's my position at any rate. There's a whole lot more about our current concept of Judaism that could - and should - be "nishtana."