The pseudoscience of Kabbalah and how I thought I was "Neo" 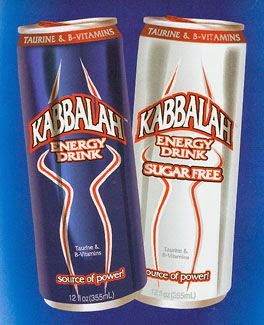 What "happens" when we daven or do mitzvot?

In my view, what happens is that we experience psychological and social effects - nothing more and nothing less. Which is not to minimize these effects - they undoubtedly have a big impact. But other approaches make further claims.

In the non-mystical theological approach, the claim is that Hashem "hears" and "sees" what we do, and judges us more favorably when we follow His commands.

And in the mystical approach - which I want to focus on here, the claim is that Hashem gives us "pathways" to achieve spiritual goals. So when we recite a prayer just so, or do a mitzvah just so (which can also include having the right kavana/intention), we "stir the Heavens" by sending energy along these pathways, which then has a positive trickle-down effect for us here on Earth.

This last approach - I would contend - is actually a quasi-scientific orientation to the world, in the same way that the magical, metaphysical or spiritual-mechanical orientation is quasi-scientific. Mind you, I don't mean in the "evidence-based" idea of science, but rather more in the loose-experimental sense of attempting to discover things that "work". When we turn on a light switch, the light comes on. Likewise, the belief is that there's a built-in infrastructure of nonphysical/unseen "wiring" in place which permeates the universe (including spiritual dimensions), and what we need to do is figure out how and where to construct the right "switches" to take advantage of this spiritual infrastructure and produce the desired effects.

I was once very much taken in by this approach. After all, we live in a world of technology. We appreciate knowledge and activities which "do" things.

So let's say I put on Tefillin. I could say that the main reason to do it is that it's a "mitzvah", and that Hashem judges me favorably as a result of putting it on, because I've fulfilled the command to a "T". But to me, the Commander/King motif always smacked of metaphorical, anthropomorphic religious-speak, the idea of the Judge on High who scrutinizes my mitzvah observance and awards me accordingly. It's a model that almost from the outset of my "frum career" I found very difficult to buy into.

How else to understand it then? Well, I could say that putting on Tefillin is personally meaningful, that I am binding myself to Hashem as it were, that each aspect of it is symbolic of a lofty religious concept. Well, that may be beautiful, but what bread does it bake, really? What does it "do"? If it's all meaning and symbolism, then isn't it ultimately arbitrary? To me, this was the most insipid and uninspiring approach to Judaism - the "symbolic" approach. How weak! How arbitrary! What a waste of time!

And so the Kabbalistic approach was much more my speed. Finally, an approach that talks about the mitzvot "doing" something! The mitzvot are a "technology" of sorts. They manipulate unseen energies. All we have to do now is "reveal" those energies, reveal the hidden infrastructure, and we can remove all the kashyas (questions of halacha), all the religious talk, all the metaphors, and know precisely what to do. It's like in The Matrix when Neo had his epiphany and was able to "see" the computer code underlying everything, unmask the reality surrounding us. That was essentially my dream - to become the "Neo" of the Torah world.

After all, if Tuma and Kedusha are real, if they're really out there, if they're energies which interface with the physical world, then we should at least be able to find them, detect them - right? That's what I thought at least, and I literally wanted to invent the "Tum-ometer" and "Kedush-ometer", to hone in on the physical manifestation of these energies and measure them, conduct experiments to demonstrate their presence - and in so doing be able to reveal the unseen reality to the world.

And think what honor that would give to Torah - to be able to "prove" conclusively, once and for all, that it's not just a bunch of metaphysical mumbo-jumbo. It's real. It's a technology that works, and we've known about it for thousands of years...

To me, that was the Holy Grail - to reveal the system, uncover the technology. Well, that turned out - big surprise - to be a total pipe dream. At first I chalked it up to my own intellectual and/or educational deficiencies - lack of a firm scientific/mathematical background. "If I only knew X, Y and Z, I'd be able to crack it!" But over the course of several years (on the heels of numerous dead-ends, and simultaneously while being introduced to skeptics like James Randi, Derren Brown, Dawkins, Hitchens, et al.), I came to the obvious question and conclusion:

What's really more reasonable, more plausible?
Answer number 2 turned out to be my great "epiphany". Yes, it was exciting to think that locked within Torah lie deep secrets about the nature of reality, that after thousands of years we're finally on the cusp of revealing those secrets, and that this revelation is part of ushering a new redemptive era. Very exciting indeed! But when push comes to shove, to go around speculating about the "technology of Torah"... Imagine if someone talked about the "technology of the Koran" and said the exact same thing but plugged in different words. It would sound to me like a person who may be creative, possibly even nice, but at the same time pretty obviously self-deluded. Well, that's precisely how I was coming off to people. And for good reason.

So it took some time, but eventually I simply let it go. And I feel substantially "lighter" for it. As exciting as it was, the feeling that I had to prove the cosmic "Truth" of Torah weighed on me. I can't tell you how freeing it's been to get that off my back, to have nothing more to prove and simply be open to "what is", and enjoy Judaism for what it is - and not pretend it's something it's not.