The Torah Theory That Will Change the World! 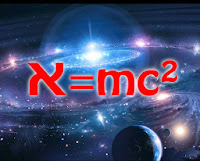 A long-time acquaintance of mine wrote to me last week after “going public” with a theory of his. To give some sense of it, the theory involves a scientifically understood astronomical phenomenon, ideas in quantum physics, and calculations based on Temple vessels described in Tanach. All this, the theory purports, combines to show that the major events of history – good and bad – have been predetermined from time immemorial and are in some sense predictable. He conjectures that this phenomenon was once known within the Torah tradition, informing the work of the prophets, but has been long since lost. And now, after thousands of years, it has finally been rediscovered, understood in the light of modern science, and its revelation is about to change the world as we know it…

There was a time in my life when I would’ve been “wowed” by such a theory. In fact I was partial to coming up with theories of my own, likewise thinking of them as great discoveries with the capacity to change the face of humanity. And truth be told, I am still open to new discoveries and world-changing, out-of-the-box ideas. What’s changed however is that I’m now – after much exposure to critical/skeptical thinking – keenly aware of how easy it is to create a convincing presentation, even seemingly based on “logic”, and supported by all kinds of “facts” and “evidence”, but which leads to conclusions which are completely untrue, and often even rather wacky.

Now some people are just charlatans, deliberately out to mislead others for fame, financial gain, or any number of reasons. But many are just earnest individuals who put forth their theories believing them to be the honest-to-goodness truth. The person I’m writing about is without question of the latter category. He’s a scientist, an inventor, brilliant in his own right, and also a humble, sweet and well-meaning guy. He simply wants to give honor to the Torah by assuming that it holds great secrets – secrets which potentially hold the keys to humankind’s redemption, to our future on the planet. But as intelligent and creative as he is, he’s absolutely blind to his own subjectivity and theoretical missteps.

Yes, the science he mentions is correct and well-documented. Yes, what he says about Tanach is a reasonable extrapolation. But what on earth do these two things have to do with one another?? Also, the “proof” he provides is that certain historical events just happen to line up perfectly with his theory – and what are the chances of that after all? Well, the chances are very low – unless of course you consider ALL THE OTHER events in history which don’t line up with the theory! It’s like when people tell miracle stories about this person getting saved, that person getting healed – “And you see, this proves that davening works, this proves there's a God, etc.” They’re great stories, yes, but the “proof” gets a bit sketchy when you start to consider the overwhelming preponderance of other stories out there which don't get told where the outcome was far from “miraculous”. Additionally, the theory itself has built into it a major “fudge factor” (i.e. margin for “play”) which allows him to more easily cherry-pick his evidence. Like I say, the theory is transparently flawed and subjective, but he sincerely believes it to be 100% rock solid.

And there's a part of me which would like to point all this out to him. But considering it’s a theory of his that’s been in the works for several decades, and given how much he’s invested of his precious energy, his heart and soul – and actual money... Considering that it gives him a sense of meaning and purpose, and that I know from personal experience how priceless that feeling is, to be so excited about a discovery, to be on such a creative high... I couldn’t possibly take that away from him. It may also be the case that I literally couldn’t take it away him. Someone so attached to a theory like this doubtless would respond with a million and one rationalizations as to how I’m just not looking at it the right way, point me to this, that and the other piece of evidence, etc. So my reticence about speaking to him about it is probably also my not wanting to bang my head against a wall, to get into a fruitless back-and-forth with someone who’s not going to hear my point.

So I just congratulated him about his presentation and left it at that, and I was left feeling slightly melancholy about the whole thing. There’s something tragic – in the quixotic sense – about the thought of someone so driven and idealistic whose mission is doomed from the very outset. Yes, I understand it’s like any other self-delusion or misguided belief which makes people happy – there’s a lot of good that can come out of such a state of mind which has nothing whatsoever to do with the “belief” per se. Still, I always prefer a bit of disillusionment over living an illusion, a little stark realism over fantasy, and I take it as a great bracha that I can now look at theories like this through much clearer eyes than I would have several years ago.