What Exactly Is "The Power of Tehillim"? 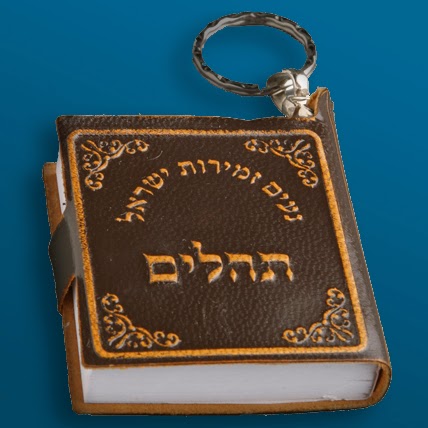 Here's one for the "rationalism vs. mysticism" file. I was speaking to a friend of mine - a regular frum guy, pragmatic, mussar-oriented, not particularly mystically-inclined. But in the course of our conversation, he said the following about the "power" of Tehillim (Psalms):

"David Hamelech's kavanot [meanings/intentions] are already there in the Tehillim. You don't even have to understand what you're saying. That's how powerful it is."

Built-in kavanot - just add water? You mean all you have to do is say the words and they produce a "powerful effect"? I challenged my friend gently, saying that I'm wary of approaches that come close to the idea of "incantation". He agreed, and added that really it's more of a "tefillah" (prayer). (Of course, if you have a mystical approach to the formulaic recitation of tefillah, that's no less incantation-like. But I decided not to go there...)

Needless to say, he's hardly alone in invoking the "power" concept. Here's what you get when you do the following Google searches:

(Note that the phrase "power of prayer" yields a whopping 1.8 million results. Actually, you could pretty much substitute "prayer" for "Tehillim" in this post - it's virtually the same idea.)

Among the samplings I found among the "Power of Tehillim" results:

The Tzemach Tzeddek [3rd Lubavitcher Rebbe] once told his chassidim, "If only you knew the power of Tehillim, you would recite them at all times. Kapitlach of Tehillim break all barriers and bow before Hashem, bringing results with kindness and mercy."

If people only knew the power of Tehilim they would read it all day long, seven days a week!  Reading Tehilim on a regular basis can open up the gates of heaven and change a person's situation in life for the better.


But what is this "power" exactly? Here are a number of possibilities, rationalistic and otherwise:

I'd basically divide these into three groups:
And these aren't mutually exclusive. Religious people certainly appreciate the psychological and communal effects - the idea of "working on ourselves" and cultivating compassion for one another. At the same time, they generally agree that Tehillim does something "out there" as well - and that's what I find people typically refer to when they invoke the idea of "power". But in my experience, most people have only the most vague sense of what that power is - whether it's more like #2 or #3 above and how that actually works.

So they speak in generalities about "power" and "merit", and bring miracle stories about people saved by reciting Tehillim, as in:

No matter how distressing the situation, Tehillim has eased the pain and achieved miracles. A story is told in the sefer Chesed L’Avraham about an entire city that was kept safe for years because of a single man’s recitation of Tehillim every day... Our experience has shown that Tehillim has accomplished wonders, astounding the doctors of our patients time and time again... The power of so many prayers will surely evoke a heavenly response.


What does that mean, "evoke a heavenly response"? Evoke - as in bring about or conjure, or influence the decision-making process? Heavenly - as in Hashem, a larger heavenly court, or the metaphysical plumbing on high? Response - as in action-reaction, spiritual mechanics, or response in the sense of an "answer"? It's like the proverbial "How many angels can dance on the head of a pin?" The more you talk on the topic, the more foolish it sounds. So it's left deliberately vague.

But that's not to say that the inability to offer a coherent explanation is viewed as a problem or that it casts the belief itself into doubt. Just the opposite - it feeds into the "other-worldliness" of it, the sense of majesty and mystery, unknowability, a shining example of "For my thoughts are not your thoughts, neither are your ways my ways". So expressing vagueness and a lack of understanding might actually be termed a kind of "piety" in cases like these.

Now, my intent here is not to demean the idea of saying Tehillim, organizing Tehillim groups, etc. Even if people have only tenuous notions of what they mean when they say it's "effective" in the metaphysical or theological sense, the fact is - it is effective for all the psychological and communal reasons. And I also recognize that people's mystical/theological beliefs themselves have power - the power of hope, which can make a tangible difference in people's lives.

So I'm torn. On the one hand, if challenging people's spiritual claims about Tehillim would lessen the positive effect it has, who am I to do that? Would I likewise go into a homeopathy clinic and tell patients who say they're benefiting from it that the whole notion behind homeopathy is ridiculous? We're talking about people's lives and health at stake. It may be the "placebo effect", but the placebo effect is very real and very powerful!

On the other hand, kavod ha-Torah (the honor of Torah) and consequently "kavod of the mind" are on the line here. Do I just stand by and not say anything about beliefs which are patently false as long as it "works" for many people? And let that pass for "Torah"? Let Torah - and everyone affiliated with it - be derided as superstitious and backwards? Not on my watch!

Obviously this question goes to issues of religious belief in general.

And honestly I don't have a one-size-fits-all answer. Or maybe my answer is that we shouldn't have an absolute position in such matters. Life is complex, and requires nuance and sensitivity. As I've said many times before, people have to come before ideas. You don't ruin lives in order to make a point. But... There has to be a place to make a point. Which is why I said toward the beginning of the post that I challenged my friend "gently". I didn't want to hurt him, but I also felt compelled to say something. So I suppose the best policy is (and really I'm telling myself this as a sort of mantra): Use thy best discretion!